Getting The Most Out of Every Drop

All food takes water to grow, and almonds are no exception.

What sets almonds apart is that we have learned, innovated, and committed to using water in the most efficient way possible, which improves water use across all of agriculture.

Ninety percent of California almond farms are family farms,1 contributing substantially to the California economy and carefully managing their land so they can pass it down to their children and grandchildren. And with California being one of five regions in the world where almonds can grow, it’s on us to make sure we use water in the most sustainable way possible. California is our home, too, and we are committed to taking care of it. 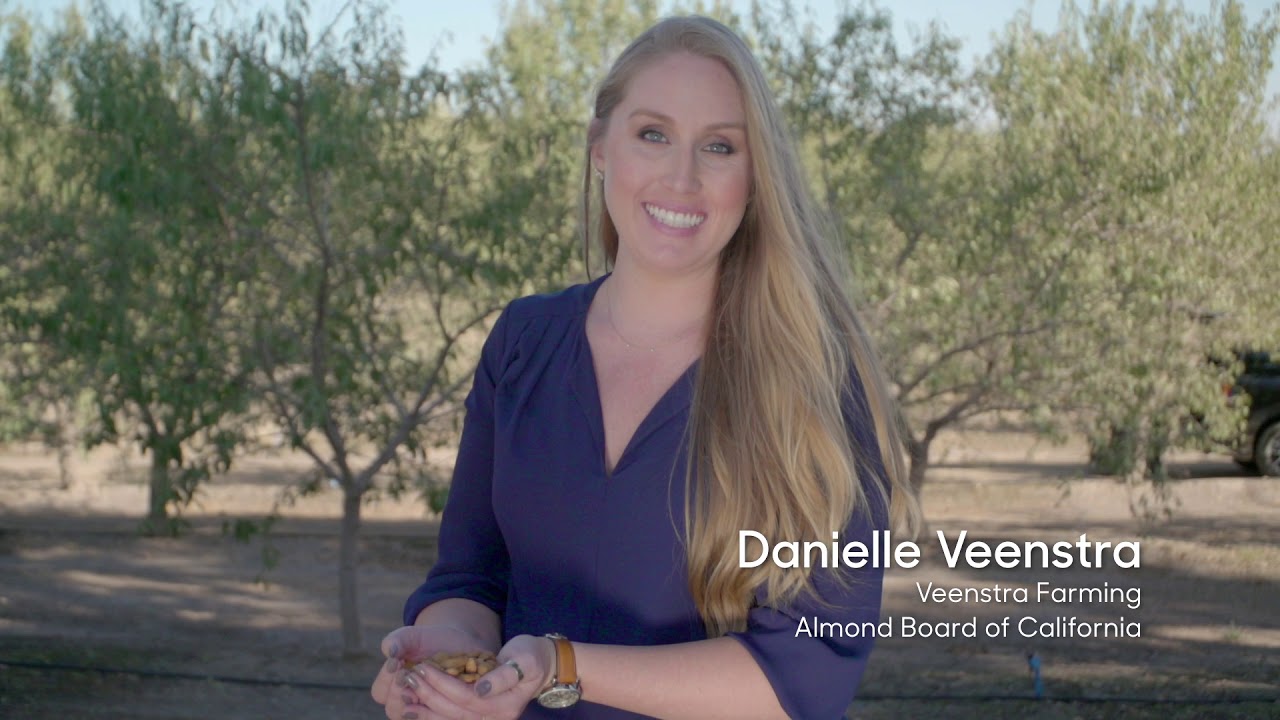 The Almond Board of California began investing in research in 1982 to determine if a new irrigation method—microirrigation—could work in almond orchards. Previously farmers had flooded their fields or used large sprinklers. The results were positive and, by applying water directly to the trees’ roots rather than across the field, farmers conserved water and increased yields. In fact, between the 1990s and 2010s, almond farmers reduced the amount of water used to grow each pound of almonds by 33 percent.3 Today, 85% of California almond farms use microirrigation4,  nearly two times the rate of California farms overall.5

We know there is still more to be done, and that’s why we’re doing it. By 2025, we commit to reduce the amount of water to grow a pound of almonds by an additional 20 percent.

To get there, further improvements are underway. Supporting those efforts are the Almond Board’s Field Outreach and Education team who provide boots-on-the-ground support, meeting one-on-one with farmers to provide training and technical information and share best practices. One of those resources, the Almond Irrigation Improvement Continuum, is helping almond farmers to accelerate adoption of water-conserving technology. 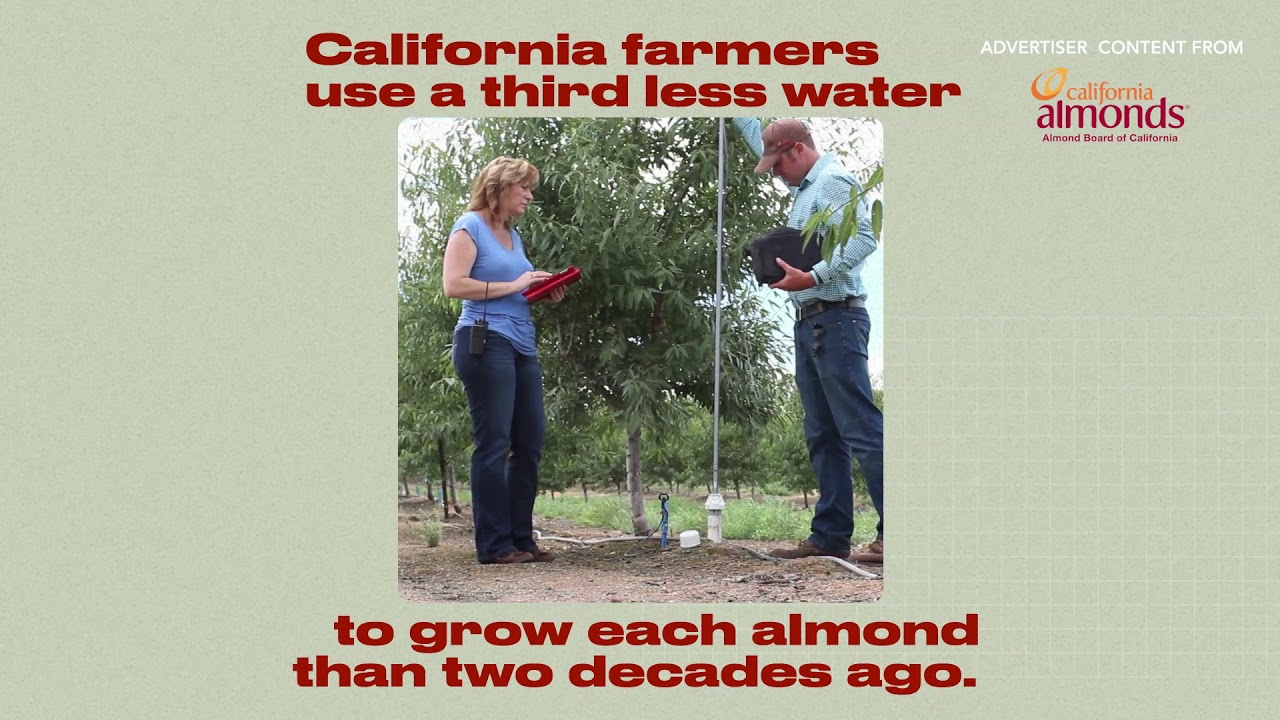 While almond trees use around the same amount of water as other fruit and nut trees,  plants require more energy, and thus more water, to create protein than sugars.  So though nuts need more water than fruits and vegetables, they are also rich in essential nutrients, good fats and protein.

What’s more, the water used to grow almonds actually grows four products: the kernel you eat, which is protected by a hull and a shell, as well as the tree. The trees store carbon and are transformed into electricity at the end of their lives, the shells become livestock bedding and the hulls are nutritious dairy feed, reducing the water needed to grow other feed crops. Unlike other foods that can leave behind pits, peels and rinds, with almonds nothing goes to waste.

Groundwater is a vital resource in California, held in underground aquifers that are collectively California’s largest water storage system. Groundwater is used to grow food and provide drinking water across the state.

To support water sustainability in California, almond farmers are exploring how California’s almond orchards can be leveraged to replenish this important resource. On-farm groundwater recharge applies excess winter floodwater to dormant orchards, allowing it to seep down and restore groundwater.

Research has shown that 675,000 acres of California almond orchards have soil suitable for groundwater recharge3. Combined with access to excess stormwater in wet years, these farms would be good sites for replenishing underground aquifers. 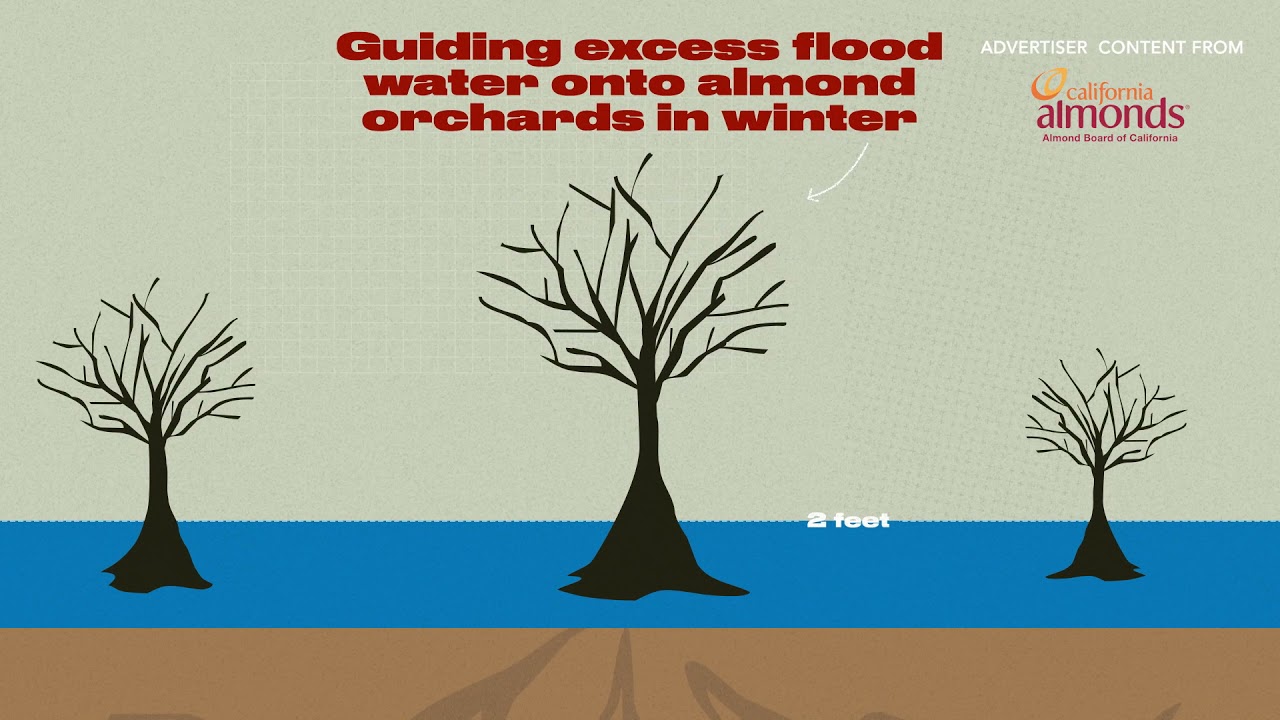 Vox: Ever Need to Recharge? 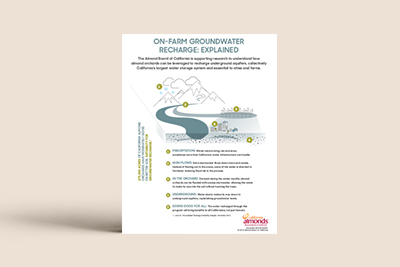 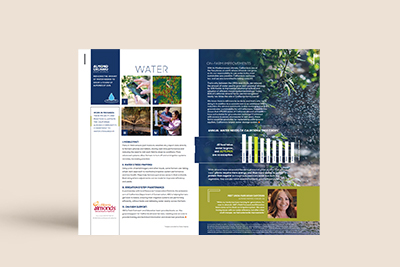 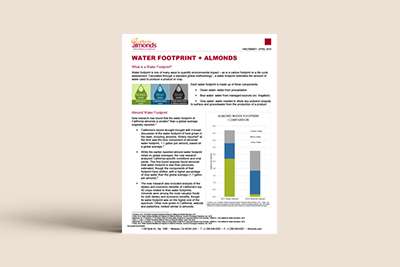 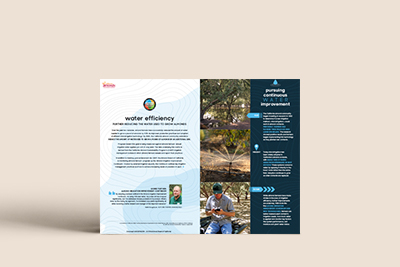 7Nathalie Munier-Jolain, et al. Are the carbon costs of seed production related to the quantitative and qualitative performance? An appraisal for legumes and other crops. Plant, Cell & Environment. Volume 23, Issue 11. 2005.