Thanks to its growing conditions and culture of innovation, California produces 80% of the world’s almonds 1 and accounts for 99% of the domestic supply.2

This creates a comparative advantage, which in turn creates economic value, not just for farmers but for California as a whole, by creating jobs, supporting local communities, and strengthening the state’s economy.

According to a study from the University of California’s Agricultural Issues Centere, the California almond community supports California’s economic well-being by generating more than 110,000 jobs statewide. Of those jobs, 102,500 are located within California’s Central Valley, the region where almonds are grown and an area long associated with high unemployment. 3 To put that into perspective, that's nearly as many people as Google employs throughout the United States.

These jobs are generated across multiple industries resulting in more than $19.6 billion gross revenue across all industries in California, adding about $9.2 billion dollars to the size of the state’s total economy. 4 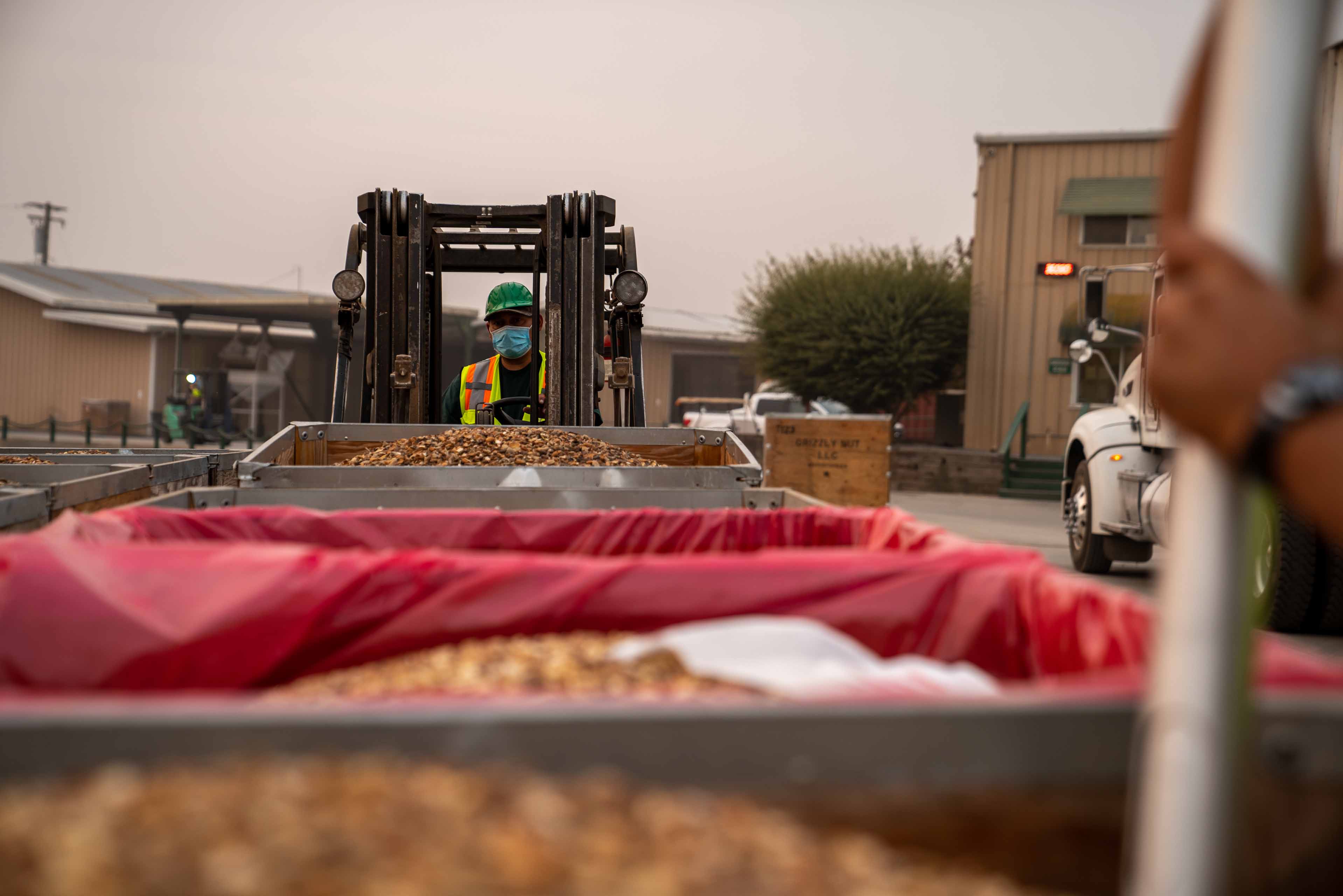 California almond farmers and processors are part of the fabric of their local communities, serving on local boards and supporting local schools, businesses as well as civic and religious organisations. In fact, 96% of almond farmers and processors give back by participating in local organisations, programmes or boards that support community well-being.5