The basic physical elements of almond quality are grade, variety, size and specification. 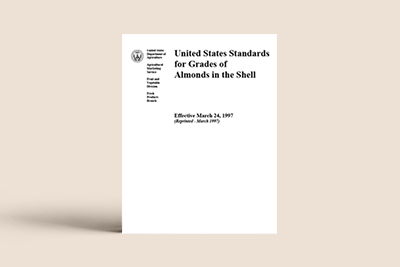 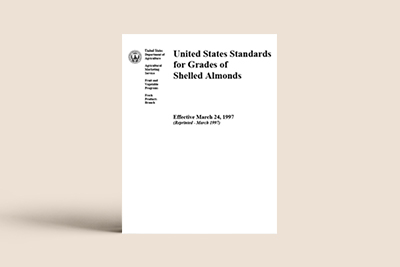 Almonds have a quality nutrient profile, which includes important macronutrients like protein (6 grams per serving), monounsaturated fatty acids (8.9 grams per serving) and are a good source of dietary fibre. They are also an excellent source of both the micronutrient, vitamin E and the mineral magnesium, and also provide 75 mg per serving of calcium. Composition data for California Almonds are found in the USDA National Nutrient Database. The USDA nutrient data sets, available for natural almonds, almond forms and roasted almonds, represent a comprehensive sampling of California-grown almonds. For natural almonds, the USDA nutrient values are averages based on more than 70 samples of nine major almond varieties grown in California over several years.

A study published in the Journal of Food Composition and Analysis compared the nutrient profiles of seven major almond varieties (Butte, Carmel, Fritz, Mission, Monterey, Nonpareil and Sonora). Almond samples were collected over three separate harvest years and from orchards in the north, central and south growing regions in California. Comprehensive analysis of macronutrients, micronutrients and phytosterols in the almond samples was carried out by accredited laboratories. The study found that these California almond varieties had very similar macronutrient and micronutrient profiles. For example, the content of total fat and monounsaturated fatty acids was the same in all the varieties. 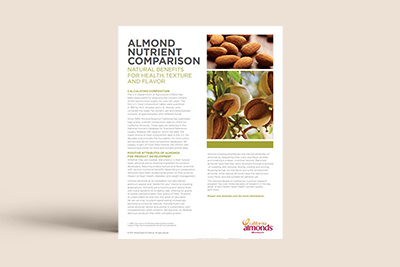 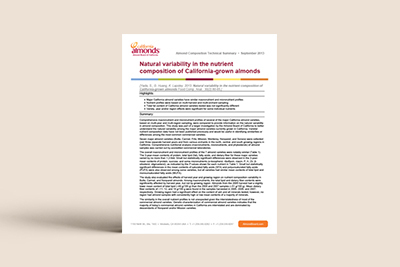 Natural variability in the nutrient composition of California-grown almonds

In California, all almond trees growing in commercial orchards produce “sweet” varieties of almonds. The sweet or bitter flavour of an almond variety depends on the genetics of the parent tree in the orchard.

Almonds can be characterised by three flavuor phenotypes: sweet (non-bitter), slightly bitter (or semi-bitter) and bitter. In general, a naturally occurring compound known as amygdalin is responsible for bitterness in almonds. Amygdalin is found in almond kernels and in the seeds of stone fruits like apricots. Bitter almonds contain high levels of amygdalin (3–5%), whereas only trace levels are found in almonds from sweet varieties (<0.05% amygdalin) and from slightly bitter varieties (<0.2% amygdalin). Bitter almonds are used mainly in the production of almond pastes and almond-flavoured extracts.

Amygdalin breaks down to release hydrogen cyanide as well as sugars (glucose) and benzaldehyde. Hydrogen cyanide and benzaldehyde have similar aromas and are responsible for the bitter taste in almond kernels. Benzaldehyde, which is nontoxic, is extracted from bitter almonds and is an important flavouring substance also known as “oil of almond” or almond essence.

To better categorise the flavour of sweet and slightly bitter almond varieties, it is important to be able to accurately measure the amount of amygdalin present. Until recently, very little information was available on the differences in trace amygdalin levels among the commercial almond varieties grown in California.

A sensory lexicon is like a vocabulary of terms that can be used to describe and document the attributes of a product. In very simple terms, texture is evaluated for the almond surface, the various chewing stages, and the residual attributes after chewing. Aroma is evaluated by smelling the almonds before chewing. Flavor is evaluated as the in-mouth flavor impact as the nuts are chewed.

In a study at the University of Minnesota, researchers evaluated the sensory texture attributes of five types of almond forms (natural whole, dry-roasted whole, blanched whole, blanched slivered and natural sliced) at different moisture levels. Some of their findings about almond texture are listed below.

Almond texture is closely correlated with moisture. Sensory testing of texture showed that as moisture increases, moistness of mass and cohesiveness of mass increase. Crispness, hardness, crunchiness, persistence of crunch, and particulate mass decrease with increasing moisture content. Consumers like crispness, crunchiness, and persistence of crunch.

Texture can also be measured with instruments by using compression or bending tests. Read more about texture measurements and moisture.

A wide range of volatile compounds exists in raw, aged and roasted almonds. But the dominant flavour compound in raw almonds is benzaldehyde. Other volatile compounds in raw almonds include short-chain branched alcohols, aldehydes and ketones. Benzaldehyde is a breakdown compound released from the hydrolysis of amygdalin (download PDF below), a compound responsible for bitterness in almonds. California Almonds are sweet varieties that contain only trace amounts of amygdalin. Roasting diminishes the benzaldehyde intensity, which then may not be perceivable from sensory evaluation.

Flavour volatiles in roasted almonds are dominated by volatiles such as pyrazines and branched aldehydes and ketones generated during the browning reaction (also known as the Maillard reaction). The degree of roasting dictates the flavour intensity of roasted almonds.

Researchers at the University of California, Davis, have evaluated the volatile compounds in raw and roasted almonds (download PDF below). 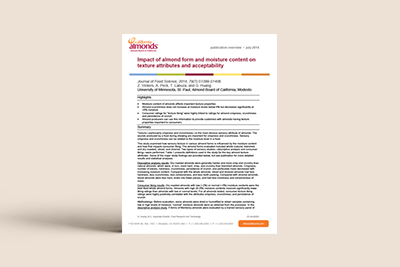 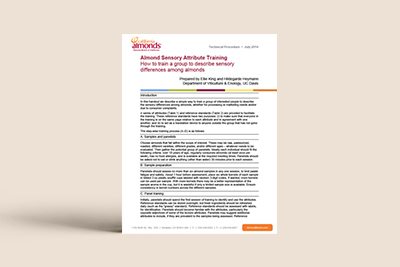 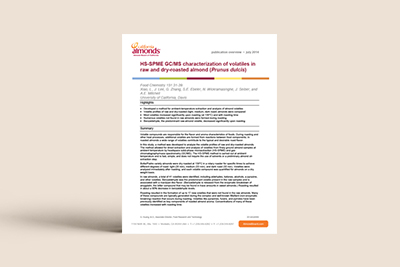